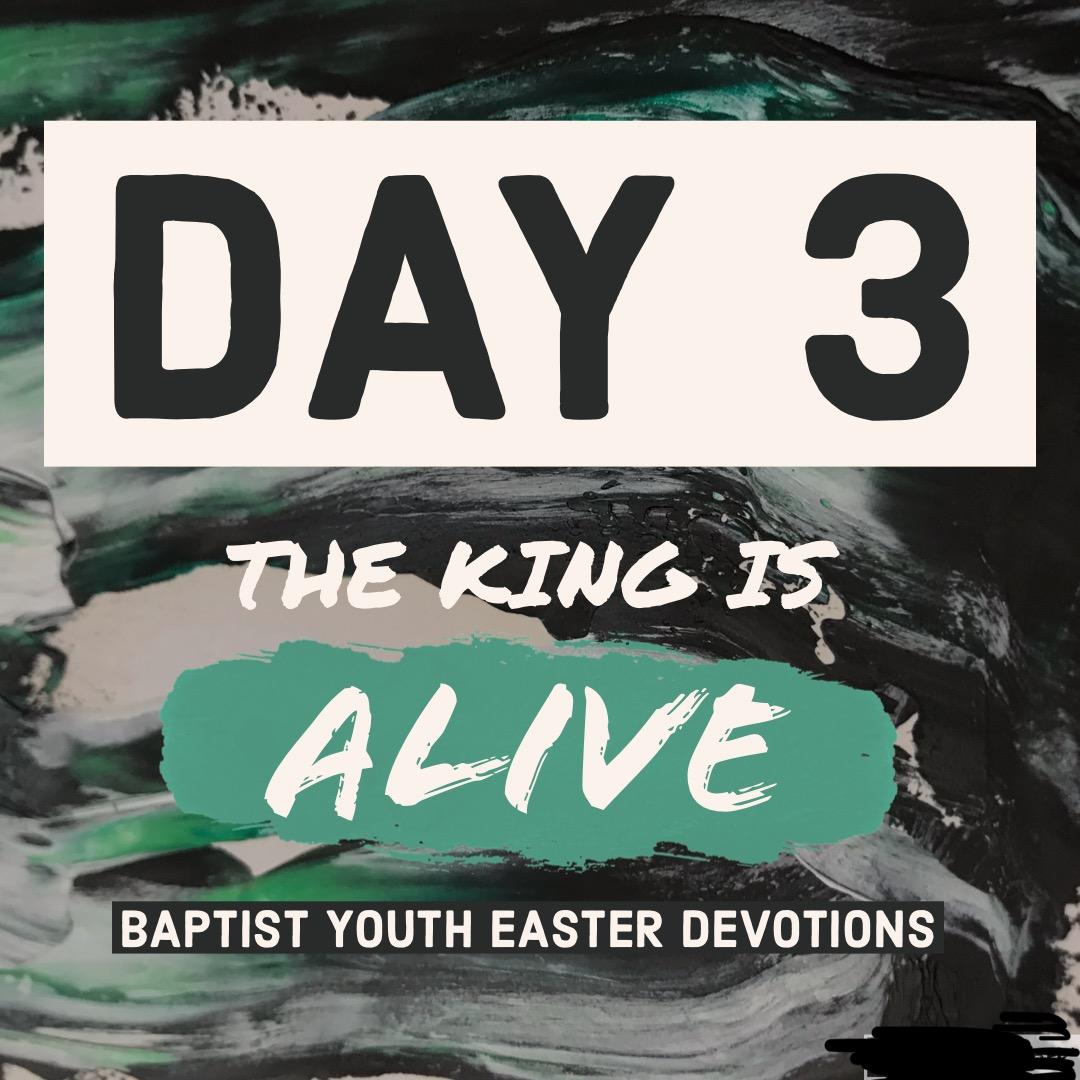 In almost every television drama you watch these days, betrayal will, in some way or another, feature as part of the plot twist. Whether it is a husband betraying a wife, a friend betraying a friend or an employee betraying his boss, the theme of betrayal is, sadly, common place in human interaction. Perhaps what makes betrayal such a painful experience for those who experience it is the reality that nothing good can come from it.

Yet, in the Easter story, we witness the greatest betrayal that history has ever known. God himself who came to earth in order to rescue mankind suffers the most  blatant act of disloyalty from his supposed friend. What good could ever come from this? Surprisingly, in the sovereign hand of God, not only did good come from this betrayal - it resulted in the greatest 'good' that history has ever known.

We get a hint of Judas' real god some time before these events. John records how, after Mary anointed Jesus with some very expensive ointment, Judas got upset and insisted that the money could have been used to help the poor. While this response may sound like it stems from good intentions, John helpfully commentates on what was really going on. He writes, verse 6, 'He said this, not because he cared about the poor, but because he was a thief, and having charge of the moneybag he used to help himself to what was put into it.'

In light of this, when we read of how 'Satan entered Judas' in verse 3 of our passage, we shouldn't sympathetically view Judas as an innocent bystander In Satan's schemes. Judas' own sinful nature had expressed itself long before the events immediately leading up to the cross. He was a thief, a materialist and a traitor. However, the most frightening part of it all is perhaps the fact that, this entire time, from a human perspective Judas was no different to the other disciples. There is no indication in the events of the Last Supper, recorded in John 13:21-30, that when Jesus' announces one of the disciples would betray him, each of them looked suspiciously at Judas. Not at all. It's not as if, when the disciples were casting out demons and preaching the gospel, Judas' ministry seemed less effective. As far as everyone was concerned, Judas was a legitimate disciple.

The life of Judas is a warning to all of us that we must continually check our hearts. It may be true that, in our fallen nature, we always have some degree of tainted motives. However, may we plead with God that, by his grace, he would help us walk closely with him, continually repenting of any selfish ambitions so that our greatest desire would be to see his name glorified.

However, with regards to Judas, even the most grotesque of sins could not stop the greater purposes of God! As John Piper says, in the case of Judas 'we are in the apex of sin, but we are also in the apex of sovereignty!' Through the corrupt thinking, sinful choices and false loyalty seen in this passage, God was on the move to bring about his eternal purposes. It wasn't only Judas who committed suicide in the Easter story. Rather, Satan's very act of entering Judas in order to bring about this betrayal was an act of suicide in and of itself. Only God could take one of the worst expressions of human sinfulness - the act of betrayal, and use it as a means of his greater good in enabling his son, the Lord Jesus, to go to the cross and atone for the sins of his people!

The story of Judas is a sobering one. In what ways does it cause you to check your heart this morning?

'In the case of Judas, we are in the apex of sin, but we are also in the apex of sovereignty.' How does it encourage you to know that even the greatest act of human sin can not hinder the purposes of God? Where in your life today do you need to be reminded of this amazing truth?