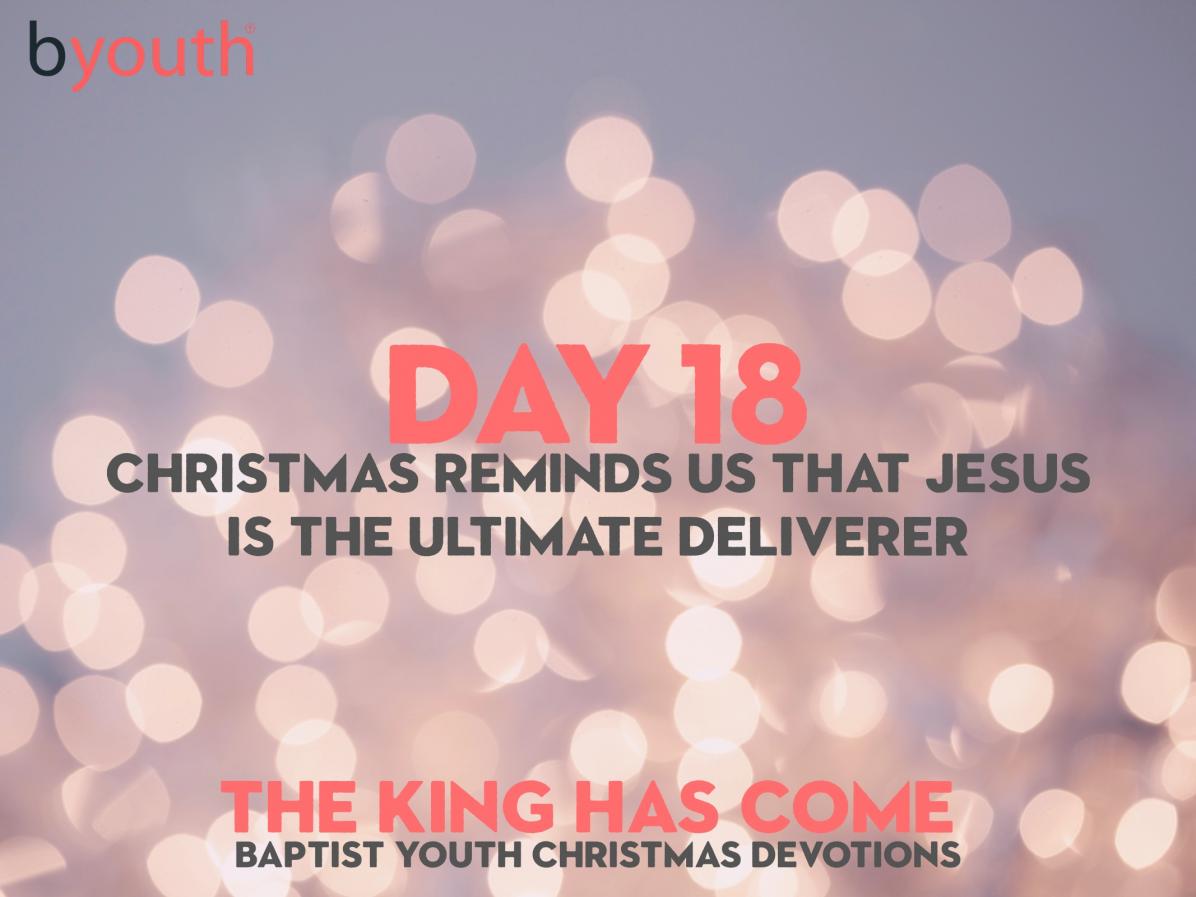 13 Now when they had departed, behold, an angel of the Lord appeared to Joseph in a dream and said, “Rise, take the child and his mother, and flee to Egypt, and remain there until I tell you, for Herod is about to search for the child, to destroy him.” 14 And he rose and took the child and his mother by night and departed to Egypt  15 and remained there until the death of Herod. This was to fulfill what the Lord had spoken by the prophet, “Out of Egypt I called my son.” 16  Then Herod, when he saw that he had been tricked by the wise men, became furious, and he sent and killed all the male children in Bethlehem and in all that region who were two years old or under, according to the time that he had ascertained from the wise men.

Let me start this morning's devotion with a confession - I'm not a massive movie fan. I'm sorry if this offends you.

Don't get me wrong, I don't hate movies; rather, when I find myself with free time, watching movies always just seems to be low down the list of things I'd like to do. Some of you (or perhaps most of you), however, don't share my indifference towards movies. Maybe, for you, there's nothing better than the thought of getting your feet up, putting the fire on and watching your favorite film series.

However, one thing that can often convince me to watch a film is a captivating trailer. In my opinion, a good movie trailer does 2 things. Firstly, it gives you an insight into the plot of the story in just a couple of minutes. But secondly, it whets your appetite and builds anticipation for the release of the full movie.

In the Old Testament, we read of many stories. These stories, in many ways, serve as 'trailers' to the ultimate story in the Bible - God's rescue mission through Jesus Christ. One of these stories is that of Moses in the book of Exodus. Do you remember it? This man Moses is chosen by God to be the deliverer of his people in Israel. Moses was born in amazing circumstances. At that time, there was an evil ruler called Pharaoh who made a rule that all Hebrew baby boys be killed. Through God's provision, however, this new-born baby Moses was spared (You can read more about this event in Exodus 1&2).

Some years later, after Moses had grown up, Pharaoh was still exerting and abusing his power on the throne. He had taken all of the Israelites into slavery in Egypt. God called Moses to be the man through which the people of Israel would be delivered and led to Canaan (The land God had promised to lead them to).

Now, with that brief history of Israel in your mind, read over this morning's passage once more. Can you spot any parallel's between this passage and the story of Exodus?

Here, as in Exodus, we have an evil king

Here, as in Exodus, we have the King's decree that all baby boys be murdered

Here, as in Exodus, the baby boy God had chosen would be delivered and protected

Here, as in Exodus, God calls his people to move between his land and Egypt

Here, as in Exodus, God is working in the background to bring about deliverance for his people

Do you see it? This passage in Matthew's Gospel is full of echo's from Exodus. The story of Moses in Exodus was simply a foreshadow of the greater story of the Bible. Everything God did through Moses was just a 'trailer' for what God was going to do through Christ.

The truth is, when you read about the Israelites being freed from Egyptian slavery in the Old Testament, it isn't long before they again begin to grumble, complain and, ultimately, fall back into sin and idolatry (Read the book of Numbers if you don't believe me). In fact, even Moses, the one whom God chose to lead his people in the Exodus, would himself fall into a habit of sinning, doubting and complaining.

After this deliverance in Exodus, then, we are left longing for a greater deliverance! It does what all good trailers do - it whets our appetite for something more and builds anticipation for something greater. And that is exactly what we have here in Matthew's Gospel. This deliverance would deal with man's greatest problem - not physical slavery; rather, our slavery to sin. Not only that, it would be brought about by a greater deliverer. Moses was a great man, but he was just a man. That's why even he as the appointed leader found himself falling into sinful habits. This ultimate deliverer would be the God-man, Jesus Christ. Jesus is a second and better Moses (Hebrews 3:1-6). Jesus is the ultimate deliverer!

1) How would you sum up the parallels between Matthew 2:13-16 and the book of Exodus?

2) What does this 'echo from Exodus' in Matthew's Gospel teach you about the Bible?

3) How does the fact that Jesus is the ultimate deliverer cause you to praise him today?

Dear God, thank you for the unity of Scripture. I praise you for how you have worked throughout history and proved your faithfulness among all generations. Thank you for your Son, the Lord Jesus, who is the ultimate deliverer and brings about the ultimate deliverance which deals with my core problem of sin. May I continue to walk closely with him today as I live in light of the liberation he bought for me at the cross.