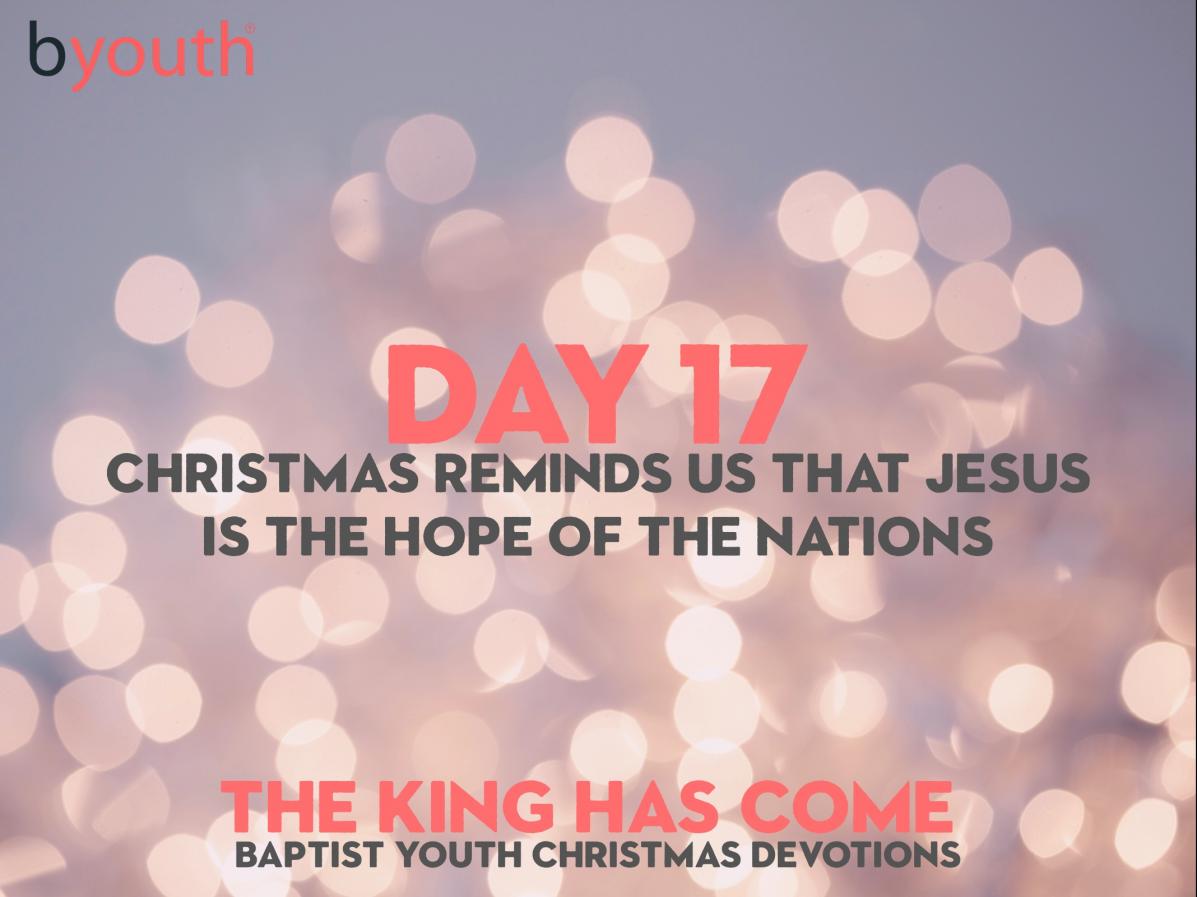 1 Now after Jesus was born in Bethlehem of Judea in the days of Herod the king, behold, wise men from the east came to Jerusalem, 2 saying, “Where is he who has been born king of the Jews? For we saw his star when it rose and have come to worship him.” 3 When Herod the king heard this, he was troubled, and all Jerusalem with him;

A funny online article that may make you laugh on your way to school or work this morning is one entitled, '135 Of The Most Ironic Things That Have Ever Happened.' In the article, you will see pictures that people have taken which are comically ironic. For example, you'll see a maintenance shop with a sign on the window saying, "We can repair anything." However, just under that sign is a note which also says, "Please knock hard on the door, the doorbell isn't working."

Similarly, the article shows another picture of a group of college students campaigning on the streets. What was the message of their campaign? Everyone should be different! Yet, quite ironically, every single one of these students are wearing the exact same T-shirt as part of their promotion; each saying, 'be different.'

If you are looking for a few minutes of mindless entertainment, then I would encourage you to look up that article this morning. However, In the passage we have just read, Matthew 2:1-3, we see an event which is perhaps more ironic than any of the 135 examples in that online article. Maybe at this point you are thinking, 'what's so ironic about this passage?'

The reason we don't catch the irony is because we are so familiar with the story. Wise men come from the East, they follow the star leading them to Jerusalem and this, in turn,  causes Herod to be disturbed. Yet, there are a few details that we need to remember. Firstly, what do we actually know about these wise men? The truth is, not very much. In fact, we don't even know how many of them there were (in spite of popular tradition which states there were 3 of them). The only detail we are given is that they were from the East. That is all Matthew, as he writes his Gospel account, needs us to know.

Whilst I've heard people from East Belfast brag about the fact that 'the wise men came from the East,' this may not, in actual fact, be a good basis on which to boast. Why? Because the East was spiritually dark. These men are most likely from Babylon: a pagan land. A land where God was not honored, let alone worshipped. These wise men see a star and, because of their cultural fascination with astrology, are led to follow where it leads. More significantly, however, notice where the star leads these wise men to. They were led to Jerusalem. Jerusalem, in contrast to Babylon, was meant to be God's land. Jerusalem is where God's people were supposed to dwell. In other words, Jerusalem is the place where we would expect the light of God to shine at its brightest. They are the people we would expect to be 'led by the light.' However, when Jerusalem (God's own people) hear about their own king, how do they respond? Notice at the end of verse 3, they were troubled just like Herod!

Do you see the irony? The reason God set Israel apart was so that they would bring the good news to the rest of the world. We would expect them to be the ones who would point people to the Messiah. However, it was pagan astrologers, from a land distant from God, who would bring the news of Jesus to God's very own people. In this moment we see a little glimpse of what this Messiah's life was to be like - one where he would be rejected by his own people.  However, this passage also reminds us that Jesus didn't just come for a select group of ethnic people. Rather, he came that all, whether Jew or Gentile, might come to repentance and faith in him.

1) What aspect of this story has become too familiar with you? Will you pray that God would give you a fresh appreciation of this morning?

2) In this passage we see a hint of how God's own people would reject Him, yet he still sent Jesus to earth. What does this tell you about God which thrills your heart this morning?

3) Jesus didn't come for one group of people, but that all would come to repentance in Him. How does this encourage you today?

God, thank you that the gospel is for all nations. Thank you that, in spite of the rebellion of your own people, you still sent your son. The Lord Jesus, to live the perfect life and ultimately die in my place. Forgive me when I, as one of your people, act in the same way as those in Jerusalem - lacking the faith to trust in your promises. May this passage cause me to rejoice because of your relentless grace and ongoing kindness to your people.