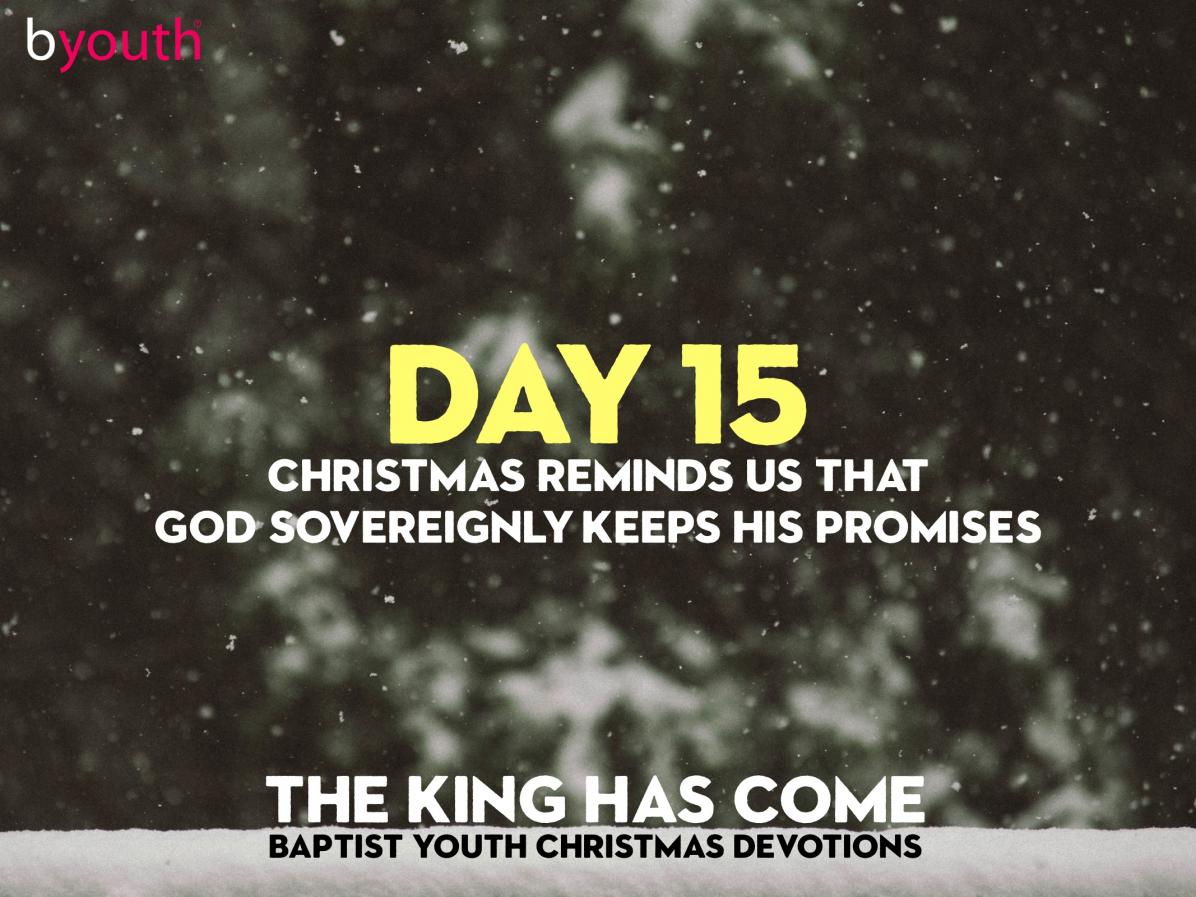 I wonder have you ever been in a maze? They are extremely fun (and infuriating) to walk through. When you enter one end of the maze, you are effectively accepting that it could be a long while before you make your way out again - unless you end up attempting to climb over the hedges, which I recall one frustrated man doing a long while back.

A number of years ago, I was speaking at a youth weekend in Castlewellan castle. On the Sunday afternoon, we made a trip down to the Castlewellan maze.  As we arrived, two brothers were playing a game which involved them both standing right in the middle of the maze and seeing who could escape first. Time and again, the older of the two would manage to escape the maze significantly quicker than his younger brother (much to his sibling's frustration).

However, what that frustrated brother didn’t realize was that his older sibling had sneakily planted their father on the ledge which oversees the entire maze. The Father would send his older son signals, discretely guiding his every move to ensure he turned the right direction at every point and, as a result,  exit the maze with ease. What a cruel parent!!

As you picture this story in your mind, you can clearly see how the father was able to manipulate all of the events which took place. Why? Because he was the only one who could see the greater picture. The success (or otherwise) of everything that happened was at his disposal. He was in complete control!

As you read the Bible, in a far greater sense, this is true of God. The Bible tells us that God knows the end from the beginning. He has complete and perfect knowledge. Nothing escapes his perfect sovereignty and purposes. He is in complete control of every single event that has ever occurred. As Abraham Kuyper famously said, “There is not a square inch in the whole domain of our human existence over which God, who is Sovereign over all, does not cry, Mine!”

We see a great picture of God's sovereignty in the next few verses of Luke chapter 2.  On Day 3 of our devotions, we saw how God promised that the Messiah would be born in Bethlehem (Micah 5:2). However, there is a major problem! As we begin Luke 2, we see that Jesus is about to be born. But what's the problem? Mary and Joseph, Jesus' parents, don't live in Bethlehem, they live in Nazareth. Nazareth is around 80 miles north of Bethlehem! This is a huge problem! 80 miles seems relatively far for you and I, but it would seem even further in Jesus' day where cars and other forms of transport are a long way off being developed. Added to this, Mary is heavily pregnant!

If the Scripture is to be fulfilled, Jesus must be born in Bethlehem! At this point, it seems like God's Word has failed. But remember: God is in total control of every event that takes place. It 'just so happens,' as we saw yesterday, that Caesar Augustus would issue a decree that everyone would need to be registered for a census. In order for this census to occur, it was required that everyone return to their home town. What does that mean for Mary and Joseph? Well, read verse 4:

And Joseph also went up from Galilee, from the town of Nazareth, to Judea, to the city of David, which is called Bethlehem, because he was of the house and lineage of David,

This cencus would 'just so happen' to mean that Mary and Joseph need to return to Bethlehem! Isn't this incredible? Keep in mind, these census' would only happen once every 14 years! Coincidence? By no means! This is God, who knows the end from the beginning, sovereignly working out his plans through people who are totally unaware that they are doing exactly what God decrees!

God will always fulfill his promises. Even when circumstances seem to suggest that God's promises have failed, time and time again, Scripture shows us how God always does as He says. The story of the Bible is littered with God fulfilling his promises to his people, and his people failing to keep their promises to God! He has never failed to keep his end of the deal.

There are many promises that God has made to us as his people in the Bible which, current circumstances considered, seem so unlikely to ever be brought to fruition! Let this passage give you confidence that, in light of whatever is happening globally or personally, God will always sovereignly  fulfil his promises.

1) Where in your life have you seen God's sovereignty demonstrated?

2) What promises does God make in Scripture that current circumstances make it hard for you to believe? How does this passage encourage you to keep trusting him?

3) “There is not a square inch in the whole domain of our human existence over which Christ, who is Sovereign over all, does not cry, Mine!” How does this enlarge your view of God this morning?

God, thank you that you know the end from the beginning. Forgive me for the times when I doubt the promises you have made to us, your people. I pray that this passage, along with many others which demonstrate your sovereign hand, would encourage me to keep trusting you even when circumstances suggest that I shouldn't. Thank you that this passage reminds me that your Word never fails. May this truth encourage me to meditate on it today.